Apparently Louis Armstrong used to say to anyone listening that to make a career in jazz, you had to sing. Sacha heard him...

Sacha has an eye on singing 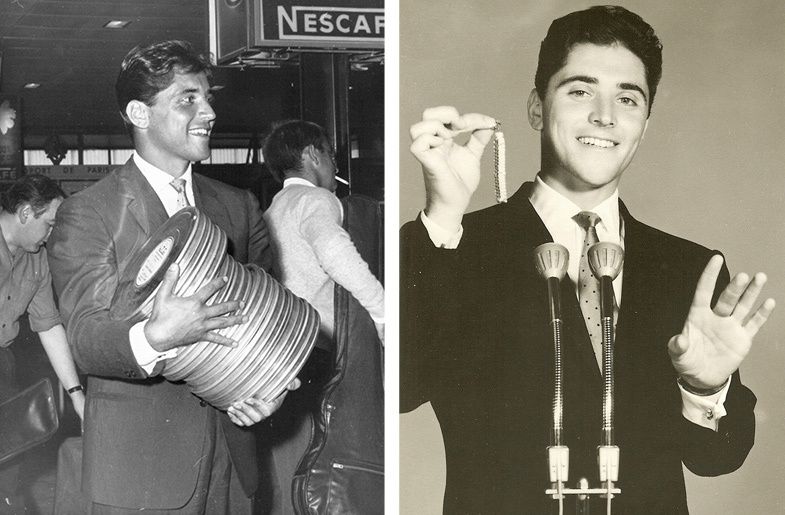 After a long time in the wilderness combining a day job as publications director and another as a brilliant guitarist at night, Sacha had his eye on singing. Scoubidou would make him a very popular star in just one summer. An impressive list of hits followed then, helped by age and experience, some truly great well thought songs. Gradually the playboy singer would be transformed into how he would stay till the end: the French crooner nicknamed: Sacha Sunny Voice.

1958, Sacha, an exceptionally talented jazz guitarist, had his eyes turned more and more to singing. He recorded his first single under the Versailles label without much success. He needed a hit if he was to really take off. The first one came from America. 10th December 1958, Sacha was giving one of his first concerts in the Algiers Casino where the atmosphere was already electric. But the repertoire was a bit short. On a visit to New York, he’d heard Nancy Holloway interpret a Peggy Lee song with a jazzy backing about a girl selling apples, pears and cherries. Bingo. Exit the two last fruits and in the French version would still be apples, pears and what went on to become the cult object of France in the sixties: the scoubidou! So at 25, Sacha pulled off the first of a long series of hits. 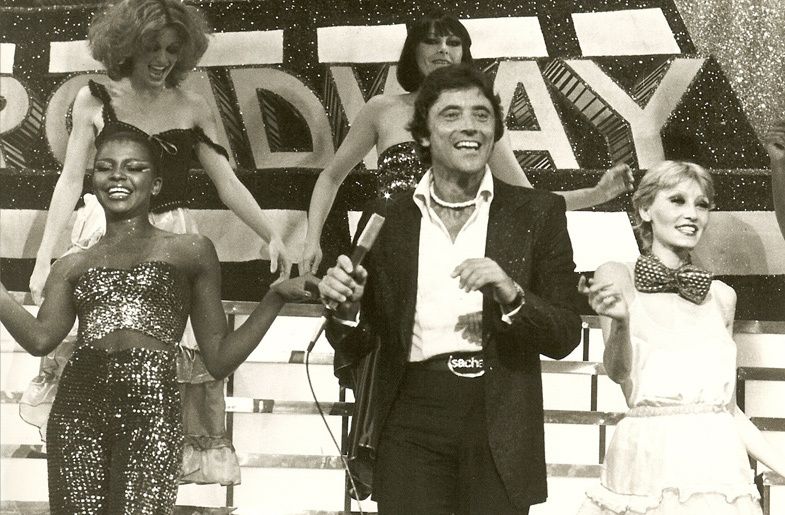 Sacha during a TV show in 1978 (All rights reserved)

4 years after Bécaud, two years before the ’pop singers’, Sacha would become the new idol of the French and especially French girls. Established in the minds of the public, Sacha began his career turning out a string of light-hearted pop songs one after the other to the liking of the cultivated jazzman. But time would be on his side and luck also played its part. Then along came the songs which were a bit more ‘slick’; « Toute la pluie tombe sur moi », opened the door to English hearts. Better still: « La belle vie », a global hit which passed into posterity and was, amongst other crooners by Tony Bennet and in particular his idol Sinatra.

How many of his records have been sold?

Difficult to say exactly, but it’s clear that the figure is over the tens of millions. In total between 100 and 150 singles and albums with over thirty in English, several in Spanish, German, and Italian. He was awarded two gold discs in Italy; at least ten in England and in France, for over thirty years, every single one of his albums would receive some of the precious metal.

Sacha was first and foremost a fantastic musician, then a great performer. He’d broken the language barrier. With a voice like his there was no need to understand the words to know that they had made an impression. A real singer without a doubt.