Lulled to sleep by the harmonies of the "Collégiens", educated and encouraged by the most prominent musicians of the time; Ray Ventura, Stan Getz, Django and many others, Sacha Distel went on to become one of the greatest of French jazz guitarists of the 50’s.

All through his life, Sacha lived what we all dream about: his passion. A musician’s life. Free to improvise, arranging music all through the night, tucked away in seedy clubs... He always remained close to those he thought of as the best and happiest of musicians: the jazzmen. Somewhere it was written to his friends who’d ‘gone astray’, that Barney Kessel used to say: « Whatever you do, you’ll always be a jazzman ». This was his case.

At the beginning there was Ray 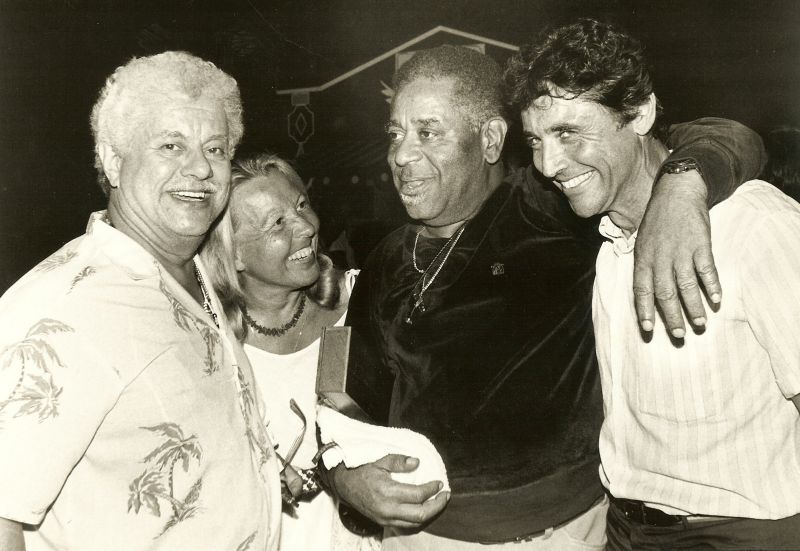 Ray Ventura, not yet in the limelight, but already keen on jazz, Sacha grew up listening to the "Collégiens" rehearsing at the dance hall in the Champs Elysées. This was without a doubt the starting point. He was made to have piano lesson by his mother, Andrée Ventura, Ray’s little sister. Compulsory training but not very enthralling. Much more fun were the guitar lessons lavished by a young up and coming Henri Salvador who took him under his wing teaching him his first chords. A key turning point was winter of 1948. Ray, Paul Misraki and Bruno Coquatrix, drove the young Sacha, 15 years old, to the Alhambra. That particular evening Dizzie Gillespie was on stage. That was it. Sacha was set on being a jazz musician.

At 17, Sacha was one of the best French jazz guitar hopefuls.

At 19 he was recognised as the best. The rest was built on relentless work, talent, willpower and meetings that came at the just the right time. Debut in Paris, at Sully d’Auteuil in Hubert Damisch’s orchestra, the vital trip to the USA where he met the maestros Stan Getz and Jimmy Raney, shabby clubs where talent breathed. Inspiration. Looking for answers.

Then there was the return to Paris. Indelibly impressed for life. 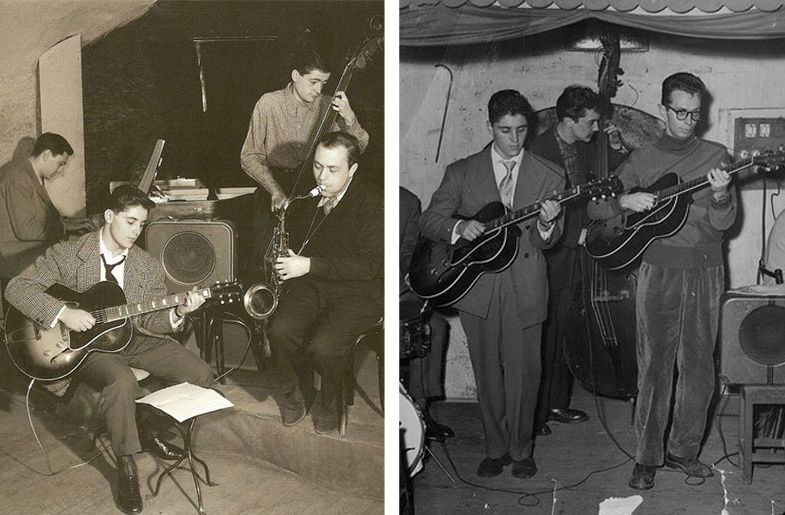 Left: At the Tabou in Saint-Germain in 1956 (Copyright Jean-Pierre LELOIR)
Right: Another club in Saint Germain in 1955 (All rights reserved)

Le Bobby Jaspar All Stars, Hubert Fol’s quintet, the Tabou… The Rive Gauche. At this time of his life, Sacha was director of the publishing company Editions DMF: during the day, he worked hard. But when the lights started to come on, he headed off for Saint Germain, Swing and Bebop. Night followed night of jam sessions; each American musician passing through Paris knew that around Sacha, he’d always be able to play… In 1956 Sacha was voted the best French guitarist by the readers of the magazine Jazz hot. He kept the title for the next 7 years.

In the early 60’s, Sacha had his eye more and more on the music hall. He couldn’t live off just jazz and he knew that if he wanted to have the career he dreamed of, the singer box was inevitable. In 1957 he recorded a first Single on the Versailles label . Then a second: Scoubidou. That was that.

Regularly, Sacha would come back to this music that he loved so much. Especially towards the end of his life, with nothing more to prove, he put the clock back. In the meantime, he went on to have the career that we all have seen and each time he had the chance; he would work in the studio with his jazz friends… Who, although brilliant, didn’t always have enough to eat every day. 29th April 2004, three months before he left us, he went on stage for the last time. And as there’s no such thing as chance, it was at the Petit Journal Montparnasse. Alongside Biréli Lagrène to play guess what….