Protected by Uncle Ray and Paul Misraki, guided by Henri Salvador, trained as a pianist, guitarist from choice, Sacha Distel was always interested in composing. Whether it was a witty song, a powerful record or a would be hit, having learnt his trade with the Collégiens and with the help of Bruno Coquatrix, nothing was left to chance. A « belle vie » (« Good Life »), needed to be built...

One mustn’t go by appearances. It’s true that he often gave the impression of being born with a silver spoon in his mouth. It’s also true that he often appeared to have an easy insolence. Sacha had worked hard to make all that seemed natural! Certainly, he was surrounded and advised: but the piano lessons organised by an Andrée as implacable as the orchestra of Ray Ventura , Sacha learnt the hard way. Enough to be able to stand on his own feet very quickly and compose easily what went through his head. Jazz for sure and then songs. With amazing results! 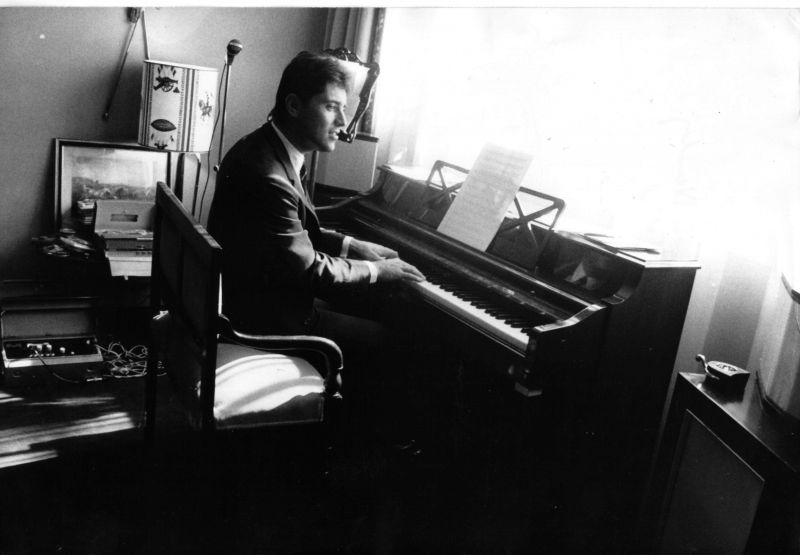 A composer, Sacha sitting at his piano (All rights reserved)

This Song, ’his’ song « The Good Life » would be voted song of the year in the USA by the prestigious National Academy of Recording Arts And Sciences. A way for the Americans to show their appreciation of the talent of one of the very rare French artists who had established themselves over there. Incidentally, a number of artists, in all types of music, had successes with « La belle vie » in English: Sammy Davis Jr, Pétula Clark, Julie London, Frank Sinatra, Dionne Warwick, Tony Bennett... In all around 400 versions ... Just goes to show ...

But Sasha’s talent for composing didn’t stop at a few hit singles. Following the example of Paul Misraki, one of his generous patrons, he would also compose film music: « Les Mordus » by René Jolivet (in which he also played), the sketch « L’Orgueil » in Roger Vadim’s film « Les 7 pêchers capitaux », « Samedi soir » by Yannick Andreï. In 1971 he wrote the « The Good Life », an American series taken from the song! 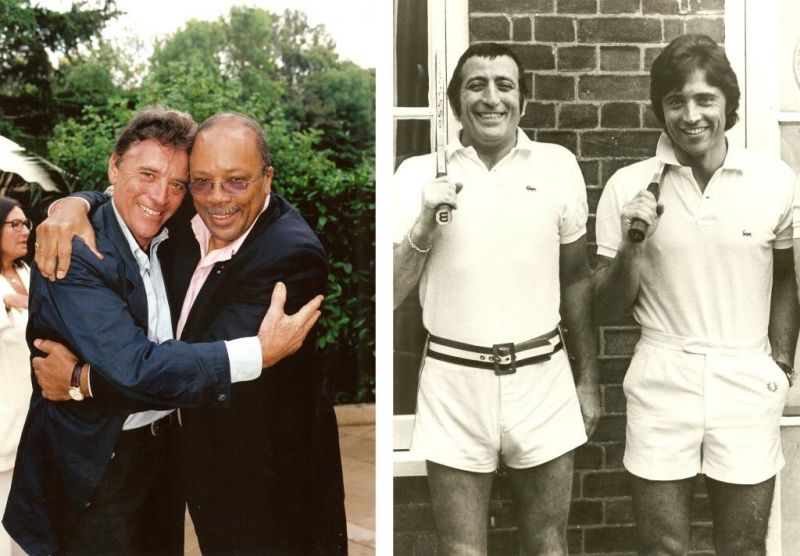 In 2003, one year before his disappearance, the SACEM Grand Prix (singer - songwriter) would be awarded to Sacha for all his work and his contribution to the French ’chanson’. His last album would come out the same year « En vers et contre vous », a recording in which, released from all pressure, he gave us some of his most captivating melodies. Unfortunately they were to be the last.